San Diego experiences significant traffic congestion during peak travel periods, has limited HOV and HOT lanes, and has limited transit capacity. Potential solution is to increase multi-jurisdictional and multi-agency collaboration on corridor management. The San Diego I-15 corridor was chosen as a site for Analysis, Modeling and Simulation (AMS) of Integrated Corridor Management (ICM) strategies. One strategy proposed by the study team is coordinated ramp metering control. 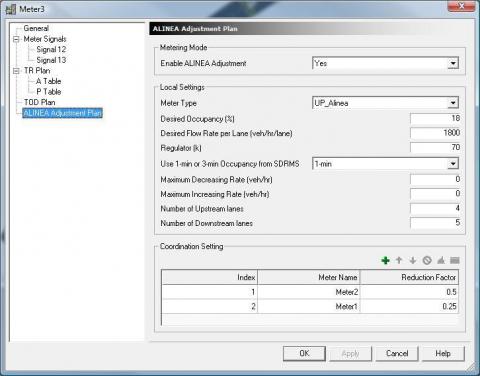 The developed plugin provides users with a user-friendly UI to set up various parameters of the metering control. The plugin will be used by the modelers in Cambridge Systematics to test how the improved algorithm can help decrease the traffic congestion for the I-15 corridor.

This study is a collaboration project with Cambridge Systematics, Caltrans District 11 and SANDAG.