This plugin implements the TOS (Traffic Operations System) ramp metering algorithm in PARAMICS. The TOS is one of the most widely used ramp metering systems in California. It is currently deployed in District 4 (Bay Area).

The TOS has six traffic responsive rate tables and each of them has 16 entries, which are actually lookup tables that associate a set of occupancy levels (and/or flow levels) with a set of metering rates. It has sixteen time-of-day (TOD) entries and sixteen holiday or special event entries provided to control by time-of-day and day-of-week. Each TOD (see picture below) entry has separate metering command action code for each metered lane and supports mainline HOV lanes. For each controller, it can control up to 4 meters and each can have its own demand, passage, and queue detectors. 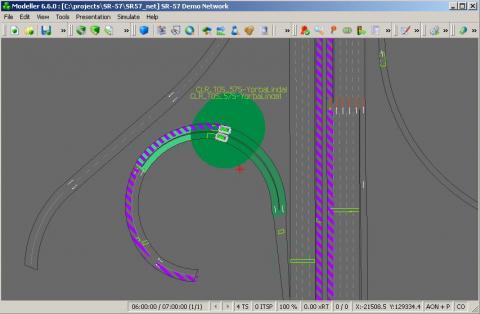 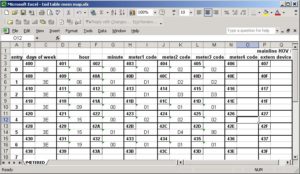