SR-55 is major north-south freeway corridor in Orange County, extending from the 19th St. intersection to the SR-91 interchange. Within the study corridor, there are a number of major freeway-to-freeway system interchanges, including SR-73, I-405, I-5, SR-91 and SR-22. The corridor has three to five mixed-flow lanes and one HOV lane with full-time continuous access along most sections. The corridor primarily consists of commuter traffic, and therefore, typical weekday morning and afternoon peak periods are of concern. In order to fully evaluate the characteristics of congestions, the microsimulation model is setup to capture pre-congestion, during congestion, and after congestion conditions of each peak period.

The SR-55 CSMP simulation model was developed using the Paramics software, version 6.9.3. All freeway facilities as well as on and off ramps, arterials and their signals are included in the model. This model focuses on both morning and afternoon peak hours from 6:00 to 9:00 AM and from 3:00 to 7:00 PM in order to cover major periods of congested travel. The model network was coded based on Year 2011 condition. The model has a total of 83 zones, 30 traffic signals, and 38 ramp meters. 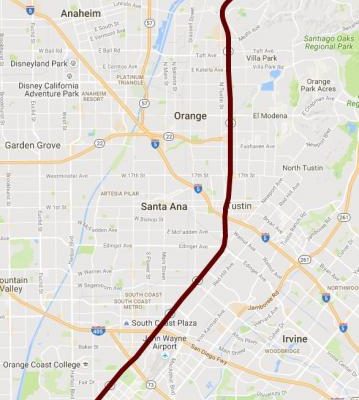 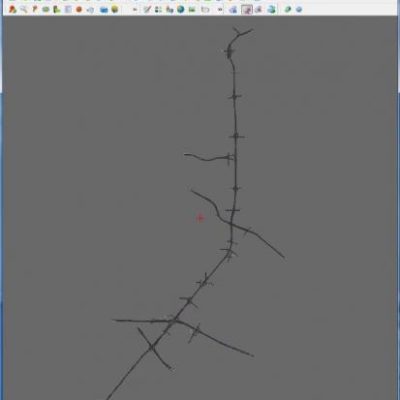 The model was calibrated primarily against volume, speed, and travel time data of 2011 traffic condition based on FHWA (Federal Highway Administration) microsimulation model calibration guideline. The traffic data were collected from Caltrans loop detection system through Caltrans Performance Measurement System (PeMS). Since the congestion levels varied from day to day, we employed the 50th percentile volume and speed measurements of a 29 day period (Tuesdays, Wednesdays, and Thursdays only) from September 27th to December 8th, 2011 through PeMS and 2012 arterial turning data collected in October 2012 and historical data collected between 2010 and 2012 as the typical traffic condition. 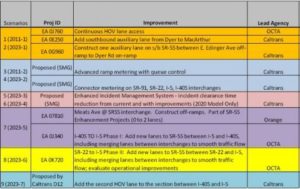