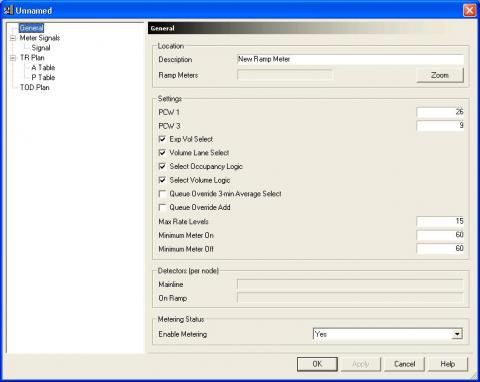 Based on our extensive knowledge of ramp metering control, we at CLR Analytics have further refined the algorithm based on multiple literatures about the ALINEA algorithm. The development is on-going and the ultimate goal is to allow the plugin to provide users with flexibility in setting up coordinated ramp metering control based on ALINEA adjustments. There will be discussion among Cambridge Systematics, Caltrans District 11, SANDAG, and USDOT before finalizing the design of the algorithm. Then, the algorithm will be implemented as a plugin under TransModeler. The plugin will be used to test how the improved algorithm can help decrese the traffic congestion for the I-15 corridor ICM project in San Diego.

As the consultant that reverse-engineered the SDRMS ramp metering algorithm used in San Diego, Sacramento, Riverside-San Bernardino areas, we have implemented the algorithm under TransModeler, a traffic simulator developed by Caliper Corp in Year 2009.